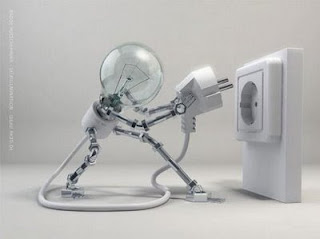 I have been fortunate throughout my years playing basketball because I have always had coaches that were motivators. They always knew when I wasn’t giving my best effort on the court and in the classroom, and they knew just what to say to get me back in line. Sometimes it was an arm around my shoulder with words of encouragement and other times it was them yelling at the top of their lungs because they were running out of patience with me. I appreciate those coaches for caring about me and trying to get the best out of me but when I look back on those days, I realize that it really wasn’t their job to have to motivate me ALL of the time. Don’t get me wrong, all coaches should be able to motivate his or her players but if I had really understood at the time how fortunate I was to be in the position that I was in being on the team, I should have been able to motivate myself.

What I didn’t realize was that when buzzer sounded the last game of my senior year in college, it really wasn’t the coaches job to motivate me anymore. It was time for coach to use that energy on players that were still in his program.


When I look back at my old teammates and analyze each one, I found that the Leaders on the team were the players that were self-motivated. They pushed themselves when they were tired. They were the first person to dive on the floor for a loose ball at the 7:30 am practice when everyone else was dreading being there. They didn’t want to be at practice that early no more than anyone else but they were mentally tough enough to make themselves work hard. The self motivated person was also that person that studied on the team bus for a test that was scheduled for the day the team returned from a road trip instead of using being gone as an excuse to postpone taking the test at a later date.


Again, a self-motivated person is a leader and a person that has learned how to take charge their lives: a person that can push him or herself to the limit even when they don’t feel up to the task.


So if a self-motivated person is a leader, what does that make a person that’s not self motivated? A person that has to be constantly motivated in order to perform is a follower. These people have no control of their lives. They are like toys that need batteries to operate. They have to be forced to perform at a high level and they are never consistent in their efforts. What’s sad is that a lot of times, the people that are not self motivated are the most talented and don’t realize how good they could be if they took control of their lives so that they could maximize their ability. What’s scares me about these talented young players is that if they don’t learn how to work and push themselves in high school or college, what’s going to happen to them when they get into “the real world” and have no one to depend on but themselves.  Believe me, it’s a lonely feeling knowing you are on your own and you haven’t taken control of your life. No one is forcing you to go to class or looking over your shoulder to make sure you are getting good grades. It’s all on you to motivate yourself.


If you don’t believe what I am saying, pay attention to the classified ads for jobs. The ads will give a brief description of the duties of the job and then they will tell you the kind of employee they are looking for in their company. Ninety percent of the companies say they are looking for a person that is self-motivated or a self-starter. Just like coaches, companies want people that are going to go the extra mile to get the job done. They also people that they don’t have to constantly monitor to get them to perform. Companies and


Coaches want people that are self-motivated. Better yet they want Leaders. Which are you?  Take a long look at yourself and determine whether or not you are a leader or a follower. Are you in control of your life or does someone have to wind you up like a toy to get you to perform? 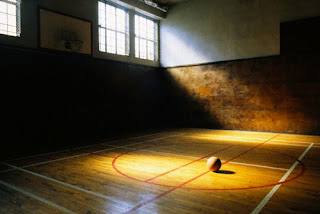 There are few people in the world that loves you unconditionally, your parents, your grandparents and maybe your brothers and sisters. Sometimes we all abuse these relationships and we might not even speak to these people for a while but we really don't sweat it because we know deep down that our parents or grandparents will forgive us and will love us, regardless of what we do and how we treat them. They don't want to see you fail and they hate to see you suffer so they may still buy you some expensive gear or give you some money to put in your pocket, even if you don't deserve it. We take these relationships for granted and often times we don't spend quality time with these special people in our lives because no matter what they are going to love us unconditionally.


One big mistake that I see young basketball players making nowadays is that they try to treat basketball like there close relatives at times. Love them one day and then don't come around for a week or so or until they need something. They really don't spend quality time with basketball but they want basketball to get them to college or make them money one day. But they fail to realize one thing. Unlike your parents and grandparents, Basketball does not love you unconditionally. If you take a day off on basketball, it will take 2 days off on you. Basketball will only love you if you love it back. Trust me, if you love basketball and you put your heart and soul into it and will reward you like you can't imagine.

There is nothing like the relationship between a Hooper and Basketball but the day you decide to cheat on basketball it will catch up to you. When you cheat on basketball, you do it behind closed doors. No one knows that you are cheating but Basketball. You cheat by not working on your game and doing those little things that got you on top. Basketball won't say anything to you about it but come game day when you got hundreds or thousands of people watching you, Basketball will put you on stage and let the world know that you have been cheating. Whether its missed shots, poor defense, or turnovers your cheating is going to catch up.


"If you love the game and have big dreams to succeed, you have to do a better job of building the relationship with Basketball."


Just like any other relationship, it’s not going to be easy. There are going to be some ups and downs and sometimes you are going to have to sacrifice some things you like to do to spend time with Basketball but it will be all worth it. Love the Game and It will Love you back.

Terry Boykin
Terry Boykin is a native of Detroit, Michigan who played for Detroit Catholic Central High School under the instruction of Michigan High School coaching legend and veteran Five-Star Basketball Camp counselor, Bernie Holowicki. As a member of the team, Boykin shared in a city Catholic League Championship and three district titles. As an individual player, he was named Detroit Free Press Catholic League Player of the Year, all area, all city, all metro and all state, as well as Honorable Mention McDonald’s All American. Terry created Playmaker Basketball Academy to teach youth how to make plays on and off the court. He has a burning desire to help bring out the best in young student-athletes. Terry wants to teach young basketball players the importance of being balanced on the court but more importantly he wants them to have a balanced lifestyle.